Meet Inspiring Speakers and Experts at our 1000+ Global Events inclusive of 300+ Conferences, 500+ Workshops and 200+ Symposiums Every year on Medical, Pharma, Engineering, Science, Technology and Business.

Theme: Forum for a world without cancer 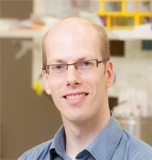 Cancer Summit - 2015 is a three day event that provides a perfect platform for Researchers, Academicians, Industrial Delegates, Students, Care Givers, Oncologists and other players to share knowledge and to discuss the practical challenges encountered and the possible solutions that can be adopted for treating Cancer. The theme of the conference is, “Forum for a world without cancer” and accordingly, we hope to aid the dissemination of original research results, formation of new alliances and generation of innovative ideas which forms the soul of our Medical meetings.

OMICS International puts forth the official website of 5th Global Summit on Cancer therapy, and we would like to take this opportunity to invite all participants across the globe this international forum which is going to be held on July 20-22, 2015 at Brisbane, Australia. OMICS International organizes 1000+ Global events inclusive of 300+ Conferences every Year across USA, Europe & Asia with support from 1000 more scientific societies and Publishes 500+ Open access journals which contains over 50000 eminent personalities, reputed scientists as editorial board members.

The conference would be hosted in Brisbane, which is the capital and most populous city in the Australian state of Queensland, and the third most populous city in Australia. Queensland has the highest incidence of all cancers in both males and females while Northern Territory has the lowest incidence. Cancer is one of the leading causes of death in Australia with an estimated 43,700 people succumbing each year, in spite of a 30% improvement in survival over the last two decades. In 2014, about 128,290 Australians are expected to be diagnosed with cancer (72,110 men and 56,180 women) and an estimated 149,990 are expected to be diagnosed in 2020. The annual cost of treating cancer in Australia is more than $2 billion.

Cell is the tiny structure of the body which is capable of running all of the processes that define life. In cancer cells, many genes amend and therefore the cell becomes defective. There are 2 factorral kinds of gene mutations. One type, dominant mutation, is caused by an abnormality in one gene in a pair. The result is that the cell receives a constant message to divide. This dominant gain of function gene is usually referred to as an oncogene.

The reproduction of cells is a method of cell division. The division of traditional cells could be an extremely regulated method. The cell growth, inheritance and containment are controlled by its DNA. Advances in genomics, proteomics and molecular pathology have created a large number of candidate biomarkers with high clinical value. Their use for cancer staging and personalization of medical aid at the time of diagnosing may improve patient care.

Cancers are categorized according to the organ at which they have been originated. Even if a cancer metastasizes to the other wings of the body, it protects its original name.  Some of the examples of the cancers are breast cancer, brain cancer, lung cancer, skin cancer. However, cancer names could also be based on the type of tissue which is affected. This section will introduce you to some basics regarding the derivation of tissues in the context of embryology, which is the study of the development of an organism.

The diagnosing of cancer entails an endeavor to accurately determine the anatomical site of origin of the malignancy and therefore the kind of cells concerned. Cancer will arise in any organ or tissue within the body except fingernails, hair, and teeth.

The site refers to the location of the cancer within the body. The body sector in which cancer first develops is thought because the primary site. A cancer's primary site might confirm however the tumour can behave; whether and where it may spread and what symptoms it is most likely to cause. The foremost common sites within which cancer develops include the skin, lungs, female breasts, prostate, colon and rectum, and corpus uteri.

Cancer therapeutics is one of the larger modalities of therapeutic treatment for cancer, others being hormonal therapy and cytotoxic chemotherapy. The molecular medicine, targeted therapy blocks the growth of cancer cells by restricting with specific targeted molecules needed for carcinogenesis and growth of tumour rather than by simply interfering with all rapidly dividing cells. Because majority of the agents for targeted therapy are biopharmaceuticals, the term biologic therapy is sometimes synonymous with targeted therapy when used in the aspect of cancer therapy.

Cancer research varies from epidemiology, molecular bioscience to the performance of clinical trials and to evaluate and study of the applications of the various cancer treatments. Some of the variant applications are chemotherapy, hormone therapy, Immunotherapy, surgery, radiation therapy and combined treatment modalities like chemo-radiotherapy.

A cancer vaccine is that either treats existing cancer or prevents development of a cancer. Vaccines that treat existing cancer are called as therapeutic cancer vaccines. There does not exist any vaccines able to prevent all cancers as of now; however vaccines against some oncoviruses have been successfully used. Some variants of cancer like cervical cancer and some liver cancers are affected by viruses, and alternative vaccines against these viruses, such as HPV vaccine and hepatitis B vaccine, can prevent these types of cancer.

Cancer survival rates or survival statistics tell you the percentage of people who survive a certain type of cancer for a specific amount of time. Cancer statistics often use an overall five-year survival rate.

As the researchers learn more about cancer, they’re developing new therapies that target particular types of tumor cells and restrict their growth. On their own or in combination with other alternative treatments, these therapies can decrease the size of tumors and symptoms. Some innovative therapies give hope for people with cancers that have been resistant to more treatments. There are different stages of the cancer like Stage 1, Stage 2, Stage 3 and Stage 4.

Ayurvedic medicine will focus on advice on diet and special diets, Taking specific Ayurvedic medications, Herbal medicine, Massage, Meditation, Yoga and Breathing and relaxation techniques. People with cancer usually prefer touch therapies such as massage and aromatherapy. A larger section of individuals say these therapies help them to cope better with cancer and its treatment. Research is looking into whether some herbs or plant treatments used in Ayurvedic medicine can prevent or treat cancer. Many Ayurvedic medicines are made of a mixture of herbs. Few herbal medicines can interact with treatments, including cancer drugs or radiotherapy. Some herbal treatments may affect the way cancer drugs are broken down by the human body or the way drugs are transported around human body.

Pulmonary cancer is the one of the most common cancers we generally see, which will be accounting for about one out of five cases in men and one out of nine in women. Unfortunately, over the past years, while the incidence of lung cancer has gradually decreased in men, it has been rising dangerously in women. In 1940 only seven women in 100,000 developed the disease; but today the rate is 42 in 100,000. And all the evidence points to smoking as the cause. However, studies prove that quitting smoking does lower the risk.

Carcinoma is a type of cancer which will be developed from epithelial cells. Especially, a carcinoma is a cancer which begins in a tissue that lines the inner or outer surfaces of the body, and that generally arises from cells in the endodermal or ectodermal germ layer during embryogenesis.

Cancer affects when a single progenitor cell accumulates mutations and changes in the DNA, histones, and other biochemical compounds which make the cell's genome. The cell genome regulates the structure of the cell's biochemical components, the biochemical reactions that generally occur within the cell, and the biological interactions of that cell with other cells.

The financial costs of cancer are very high for both the person with cancer and for society as a total. The Agency for Healthcare research and Quality (AHRQ) estimates that the direct medical costs (total of all health care costs) for cancer in the US in 2011 were $88.7 billion. And according to Cancer Facts & Figures 2015, “Uninsured patients and those from ethnic minorities are substantially more likely to be diagnosed with cancer at a later stage, when treatment can be more extensive, more costly, and less successful.”

This year, about 589,430 US residents are expected to die of cancer – that’s more than 1,600 people a day. Cancer is the second most common cause of death in the US, exceeded only by heart disease. Cancer accounts for nearly 1 out of every 4 deaths in the United States. Cancer costs us billions of dollars. It also costs us the people we love. Reducing barriers to cancer care is critical in the fight to eliminate suffering and death due to cancer.

Oncology has become one of the major focus areas for pharmaceutical and biotechnology companies because of the high unmet need for improved treatments for multiple types of cancer. The global cancer market in 2010 was valued at $54bn, an increase of 5.1% over the previous year’s sales of $51.3bn, and is forecasted to grow at a CAGR of 6.9% from 2010-16, reaching $81bn in 2016.GMR Data forecast that the global cancer drugs and treatments market will reach $143.7bn by 2023. The global market for cancer therapies was worth $47.3 billion in 2008 and this should increase to over $110.6 billion by 2013, a compound annual growth rate (CAGR) of 12.6%. Although significant improvements in the diagnosis and development of various compounds to treat cancer have been made, cancer remains a major healthcare challenge worldwide. More than 11 million people are diagnosed with cancer every year, and the cancer therapy market is the second largest pharmaceutical market in terms of revenue after the cardiovascular drug market.

To Collaborate Scientific Professionals around the World

All accepted abstracts will be published in respective Our International Journals.

Abstracts will be provided with Digital Object Identifier by 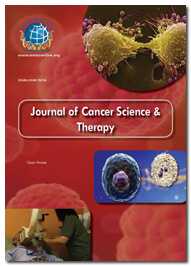 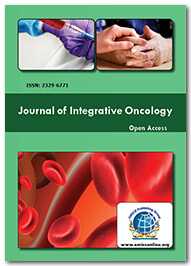 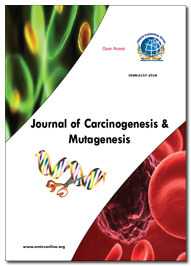